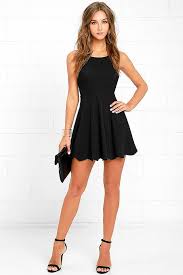 Ever wonder what to wear or what items or tricks are of the most interest the opposite sex? Do you sometimes talk to people on chat lines when looking for local singles? Here are the top suggestions for getting suggestive with your body language and how you dress!
What men love on women;
These 5 things are scientifically proven to attract men;
High Heels
According to this study published in the journal Archives of Sexual Behavior, high heels increase a woman’s attractiveness. The study also showed that women wearing heels have a higher chance of being approached.

Red coloured clothing
No new news here, but in case you need a refresher, here’s a study published by The Journal of Personality and Social Psychology that proves the color red enhances males’ attraction to females.

The Little Black Dress
Okay, this one doesn’t technically have scientific proof, but Elizabeth Hawes’s words of wisdom on what men find attractive is worth including: “Five out of five men are said to look twice at any girl in a black dress.” Easy enough, right?

Sleeveless Tops and Dresses
If you think long, slender legs win as the best physical asset according to men, think again. A study from the University of New South Wales shows men are actually more attracted to a woman’s arms.

Body Contouring Dresses
Show off your curves in a body-con dress because according to researchers in New Zealand, men prefer an hourglass-like figure with a larger waist-to-hips ratio. So if you’ve got it, flaunt it, and if you’re lacking in the hips department, try this style trick to create the illusion of an hourglass.

Attraction is all in the packaging! To get them interested in the inside, dress up the outside! Learn how to package yourself to catch the eye of the man of your dreams, or your reality!

© 2022 QuestChat | Free Trial Chat Line - Meet Local Singles. Must be 18+ to call the system or use the QuestChat app