Corset turn you on? Of course it does! 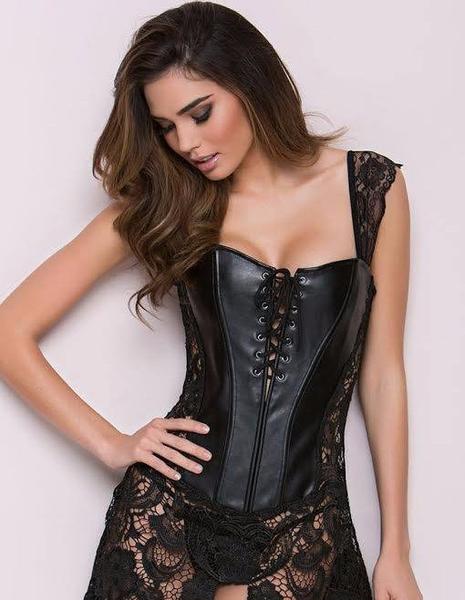 For the not so faint of heart, let’s take a closer look at the history of; the Corset!

Some loathe and despise, others salivate and fantasize but almost everyone has an opinion of the corset. Corset date as far back as 1600 BC, wow that’s a lot of sweating uncomfortable women…and men for other reasons! That one however was thought to be an outer garment. However the corset as an undergarment was introduced in 1500 by Catherine de Medici and was a tight, elongated bodice. They were thought to be indispensable by the women of France. Corsets were most often worn with a Farthingale, which I don’t give a farthing for! It was a cone shaped skirt stiffener. Sadly these corsets were reinforced with whalebone. No one should ever be exploited and murdered just for a ridiculous notion of beauty. In fact. There is never a reason. There’s always an alternative to violence, and the beauty of humanity is when we realize this!

It’s funny when you think that all these stiff things were just in pursuit of making make men go stiff! Crazy, baby! Can you imagine wrapping up a baby in a corset too? Just to prepare her for the long life of being corseted? It makes me think of the insane centuries of Foot-Binding!

I say the female body is perfect as she is, but sexy underwear is always a welcome enhancement to the romantic, sexy evening, but never hurt your body in an attempt to make yourself beautiful!

A healthy, happy, confident person is ALWAYS the most beautiful thing in the world!

© 2022 QuestChat | Free Trial Chat Line - Meet Local Singles. Must be 18+ to call the system or use the QuestChat app